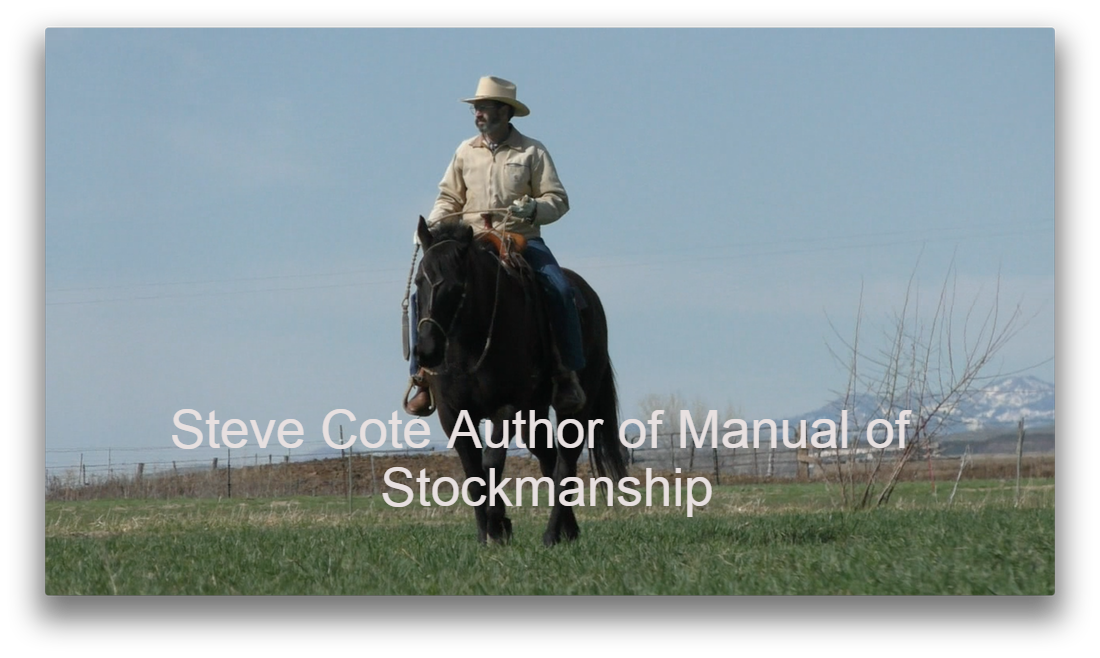 Steve and his wife Susan live in Arco, Idaho. Steve has been a soil and range conservationist for USDA for 27 years where he taught stockmanship and range management.  Most of what he learned about stock handling came from Bud and Eunice Williams and since Bud has passed away, he retired early to teach stockmanship. He has had the rare opportunity to work with range grazing associations, feedlot and dairy producers and small pasture livestock people all over the country with USDA and has worked uncountable numbers of animals in these settings. With 20 years of experience and teaching, he sticks to his experiences with what Bud and Eunice (now just Eunice) teach, because what they teach comes straight from the animals.   Steve and Susan studied horsemanship intensively for 6 years under a master horseman in Arco, Idaho. Steve's combining of stockmanship with holistic management led to national award winning results in range management. Steve has written two books on the subject, “Stockmanship- A Powerful Tool for Grazing Lands Management” and "Manual of Stockmanship" and some pocket guides, which are one of a kind in the world. Susan and Steve are now selling the Manual of Stockmanship and guides plus a new video tape series that goes along with the Manual. 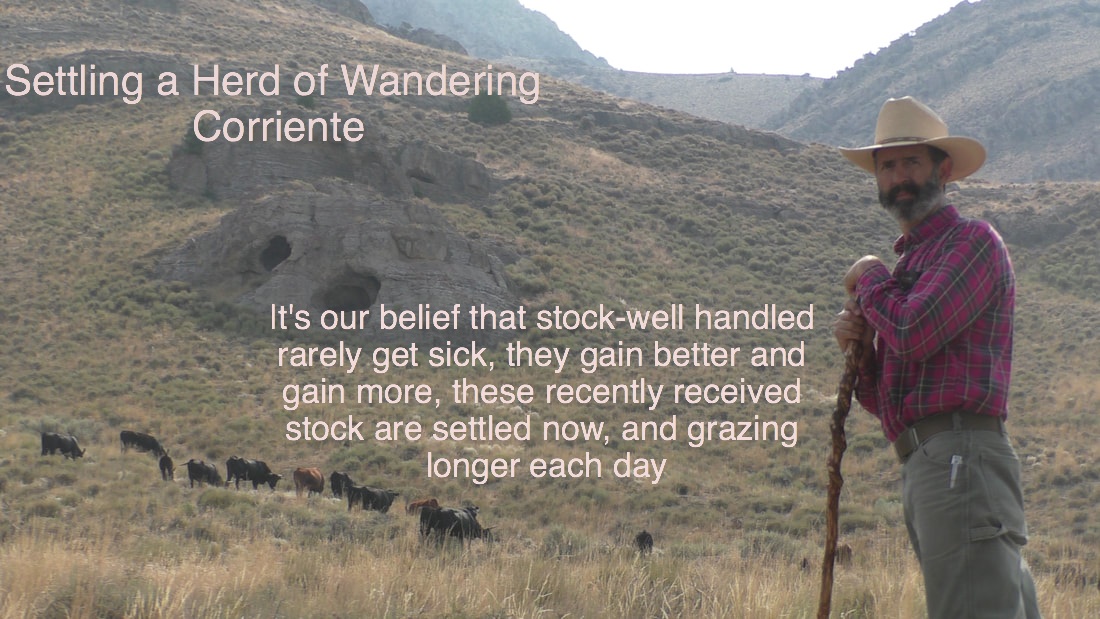 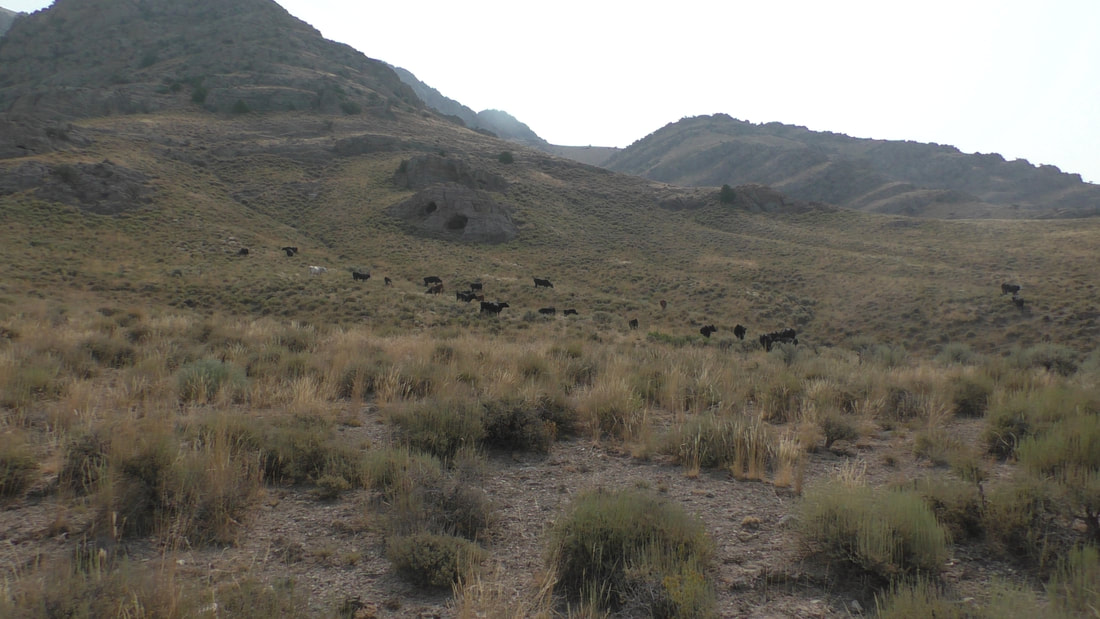 These cattle would take off if a person on foot got closer than 350 yards when they arrived. They are   calm and settled and easy to take anywhere.  Helping the owner keep these stock off overused lower parts into underused uplands is one purpose on this section of range. 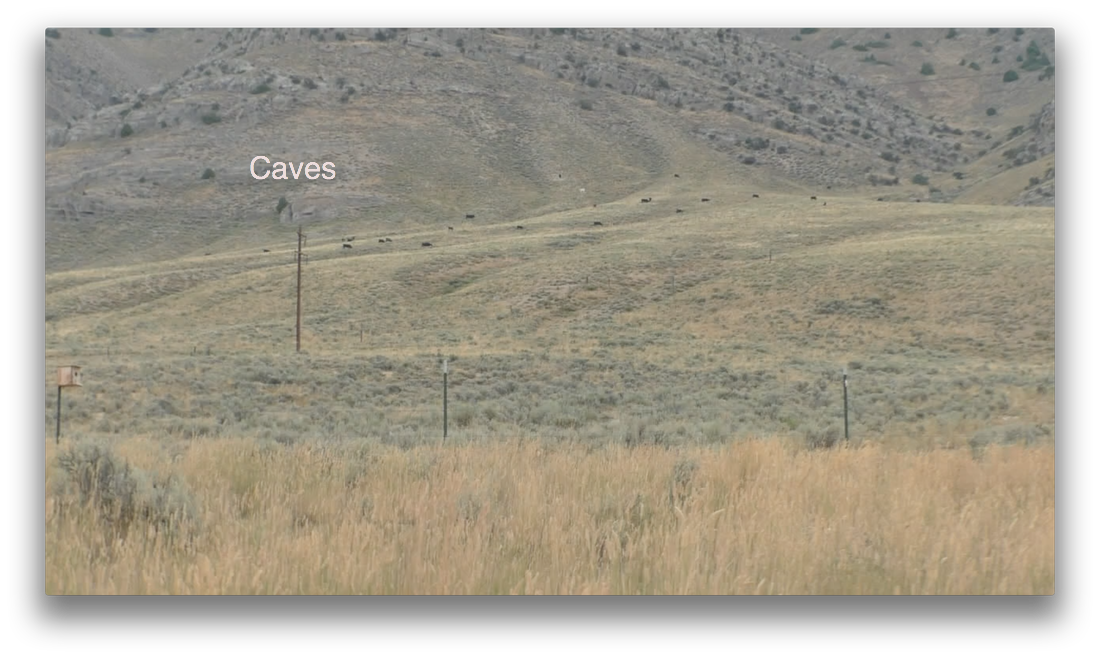 This photo is 24 hours later, stock were settled here yesterday morning-and left in later afternoon and went 3/4 miles to water and returned here around supper time.  The indian caves seen in previous photos are just above the power pole, stock are less than 100 yards from spot they were settled the day before.  With bigger herds, stockmanship is a powerful tool to get stock up higher to graze a high proportion of underused vegetation.  Everybody wins.

We believe that stockmanship is not difficult to do, but requires belief and the will to do it-as Roger Ingram, retired extension agent, perceptively wrote about over 20 years ago.

​
RESTED RANGE
​I have studied rested range for 20 years, including about 20 long term exclosures on BLM, Forest and USDA/SCS plant materials plots and without exception, all long term indicators of range health severely decline when large animals are excluded from the land.  The land below is 25 years rested from domestic animals but with access to wildlife, and so I took 5 agency wildlife ecologists out there and asked what was the cause, every one confidently stated it was clearly overgrazed, with too many animals or too many for too long etc. I said I would buy everyone a steak dinner downtown if anyone could find a footprint or manure from any domestic animal.  They scoured the place but couldn't find any, so I showed them the range just over the fence, and it was really nice, lots of grasses and forbs and soil was covered however it was grazed regularly under a management plan.   I said I have twenty five more places to show you this if you want.  They couldn't see it for a long time, they wandered about this 250 acre piece for hours because it wasn't possible in their minds, due to formal educations.  To them however, what was subconsciously belief had a truth to it, it just wasn't scientific so I took them later to a place that was once in similar condition but caused by overgrazing, but it had more grass plants and where I had turned a large herd around a time or two, two years after it was in a state range scientists would call excellent condition, they couldn't believe that either, that herd effect releases the spring in plants and soils (as Alan Savory would say) but their minds were opening up. Einstein said so, that a mind opened up by a new idea never returns to its original dimensions.

BELIEF AND THE WILL TO DO IT
When I tell folks what is possible with stockmanship, like reducing sickness on a feedlot or ranch by 90% or that you can place herds where you want, or that weaning can be done without stress some say its impossible.  Even those whose herds changed before their eyes dismiss it-not all but many.  I have come to believe that sometimes seeing is not believing, its just seeing, you have to believe some things before your mind lets you see it.  A child would have no trouble determining that those "fossils" can't be 350 million years old then.  But 2 professors and 12 grad students drew a blank.  Perhaps many of us could see those folded rocks had to have been folded when soft, like in a great flood or soon after.  Geologists and wildlife ecologists however are like all of us, having traditions, training, culture and beliefs that keep us from seeing some things of great importance, things that could change our lives.  Stockmanship, truly adopted, will change your life as a cattle producer or rider.  Einstein said it well that it is a miracle that curiosity survives a formal education and I think that tradition, culture and experience can be powerful limitations in some instances too, especially when dealing with handling animals and managing lands and manage holistically.  Cattle are a powerful tool for creating and restoring the worlds rangelands when we have high control.  They are truly transformed by handling that fits them as they were created.  Though hard to believe for some, traditional handling-though having some value, created the handling issues producers face, and stockmanship will fix all issues common on a ranch.  Good handling is the foundation of a healthy, productive herd.  There is no substitute.  The advent of modern veterinary medicine doesn't even come close.